Back in March, I posted my first Oscar predictions of the year. And now seems as good a time as any to revise those predictions and share my latest thoughts on the Oscar race. Though some of my predictions are the same, a lot has changed since March (for example, it’s now confirmed that J. Edgar and Extremely Loud and Incredibly Close will be released in 2011), and my predictions do look fairly different than they did almost five months ago.

Check out my past and current Oscar predictions in the predictions archive, and click here to check out the latest Oscar news and more!

The Girl With the Dragon Tattoo

The Ides of March

Other Possibilities: The Artist, We Bought a Zoo, Martha Marcy May Marlene, Drive, Young Adult, Hugo

This category is especially difficult to predict this year, as we don’t know the exact number of nominees. So basically, I just listed the ten films that I think are most likely to receive nominations. Right now, The Ides of March, J. Edgar, and The Descendants seem like the strongest bests to me, but none of these movies have been released yet, and a lot can change once they are. I’m not sure what this new format will mean for smaller films (the 10-nominee format allowed films like A Serious Man and Winter’s Bone to actually get recognized, which is why I like the 10 nominees), but I imagine that star vehicles and/or projects by established directors will take the majority of the slots here.

Ryan Gosling – The Ides of March

Other Possibilities: Jean DuJardin (The Artist), Matt Damon (We Bought a Zoo), Antonio Banderas (The Skin That I Inhabit)

At this point in time, it seems like Clooney, DiCaprio, Gosling, and Oldman are the major contenders in this race, and the question is who will take the fifth slot. But of course, things that seem like “sure bets” at this point in the year don’t always pan out. Just ask Robert Duvall, who seemed like a shoe-in for a nomination this time last year with Get Low. And even though the lead categories are usually more stable than the supporting actor categories (where contenders can come out of nowhere), it’s still tricky to figure out early on. I would not be surprised at all to see one or two of the “solid” four miss out on a nomination, though I think DiCaprio is a pretty solid bet even at this point. As for my fifth spot, it all depends on how much of a splash A Dangerous Method makes, but Fassbender has been having a breakthrough year, so I’m going with him for now.

Tilda Swinton – We Need to Talk About Kevin

Like last year, this is a very competitive year in the Best Actress field, which I love. The biggest question for me right now is whether both Olsen and Jones can make it in, being almost complete unknowns with small films. Of course, Gabourey Sidibe and Carey Mulligan both received nominations in 2009, but this seems like a more competitive year. There are many options, but I think that Williams could also easily sneak into the category.

Kenneth Branagh – My Week With Marilyn

I have no idea what to do with this category right now. It doesn’t seem like there’s a single safe bet, so I don’t expect many of these actors to actually receive nominations. I don’t even know if I’m putting Waltz or Mortensen in the correct category. These just seem like respected actors who might have showy roles, so I’m going with it. 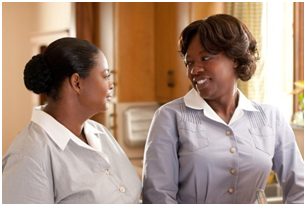 This category at least seems a little more clearly outlined. Davis, Knightley (assuming she goes supporting), and Redgrave seem like somewhat good bets to me. There are probably at least a couple of other major contenders who aren’t even on my radar yet, but I like this group right now.

George Clooney – The Ides of March

David Fincher – The Girl with the Dragon Tattoo

This category will obviously correlate closely with the Best Picture nominees, so it’s pretty up in the air at this point. However, I do feel like Spielberg and Fincher are pretty good bets. Eastwood’s nomination will depend on how J. Edgar is generally received (he hasn’t been nominated since 2007’s Letters from Iwo Jima, so it’s definitely not a sure thing), and the other two spots are anyone’s to take at this point.

This entry was posted in Oscars and tagged 2011 movies, Movies, oscar predictions 2012, Oscars. Bookmark the permalink.

One response to “Oscar Predictions: August 2011”